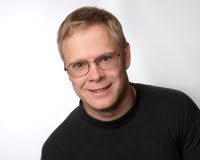 From the online version of Christian Retailing:

Christian Retailing Update incorrectly reported in its Nov. 23 issue that Stan Guthrie–rather than Stan Gundry–was recently named editor in chief of all Zondervan products. Guthrie is an editor at large for Christianity Today magazine, while Gundry has been promoted at Zondervan.

In case you don’t know, Stan Gundry is pictured on the left, and I’m on the right.

HT: Thanks to Jason Vines at Zondervan and Andy Butcher at CR for clearing this up.

2 Responses to Correction: A Tale of Two Stan G’s