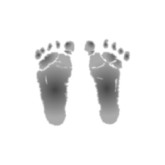 Barack Obama, who stood up for infanticide while a state senator in Illinois, came out against a House bill that opposed sex-selective abortion (which mainly targets girls). The bill failed to get the required two-thirds vote under special rules in the Republican-controlled chamber. The president says the law would impinge on women’s rights and said the theoretical possibility that doctors might get prosecuted is more important than the fact of unborn girls getting aborted because of their sex.

And just who is engaging in a war on women, anyway? How much lower can Mr. Obama go?