The Grace Effect: How the Power of One Life Can Reverse the Corruption of Unbelief 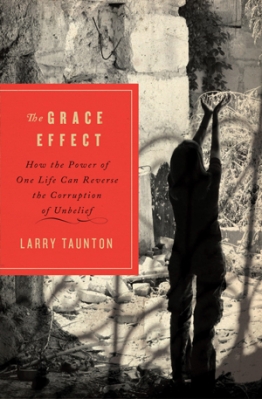 Historian and Christian apologist Larry Taunton has spent much of his career refuting just this sort of thinking, but when he encounters Sasha, a golden-haired Ukranian orphan girl whose life has been shaped by atheistic theorists, he discovers an unlikely champion for the transforming power of grace.

Through the narrative of Sasha’s redemption, we see the false promises of socialism; the soul-destroying influence of unbelief; and how a society cultivates its own demise when it rejects the ultimate source of grace. We see, in short, the kind of world the atheists would give us: a world without Christianity-cold, pitiless, and graceless.

This book moves powerfully from theory to the actual impact of ideas on people’s lives.