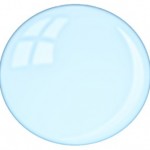 President Barack Obama would make tax credits for college expenses permanent and expand Pell grants for students from lower-earning families. The Republican team of Mitt Romney and Paul Ryan would emphasize the need to curb rising tuitions and federal education spending that are burdening families and the government.

The key figure in this report is that college costs have outstripped inflation by 72 percent in the last decade–half of that time being our present economic crisis. The problem is not that kids aren’t getting enough federal dollars, but that colleges and universities have no incentive to cut costs and prices as long as the federal dollars keep flowing. How much longer until the college bubble bursts?