Anatomy of a Disastrous Debate Performance 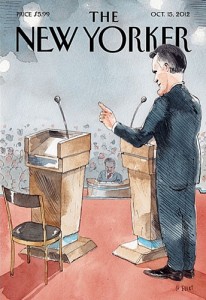 While losing debaters often can postfacto snipe about the slickness of their successful opponent, I can’t remember a disappointed loser replaying and reconfiguring the debate over the next few days on the campaign trail, in the weird fashion Obama has been offering teleprompted counter-arguments that he could never muster on his own during the actual faceoff. The classic blowhard, after all, is the loud blusterer, who always retells his own arguments and run-ins from the perspective of his own genius, thereby offering the embarrassing proof that he regrets just how poorly he was outfoxed and outargued without a script.

It’s clear that Mr. Obama has allowed Mitt Romney to get inside his head. I agree with Hanson, however, that the president has a chance to do much better during this second debate–he could hardly do worse. However, the actual facts of the Obama presidency are not kind to the former community organizer. Let’s hope Romney can keep cool, aggressive, and factual.