Off the Shelf: Heaven and Hell

Heaven and Hell: Visions of the Afterlife in the Western Poetic Tradition 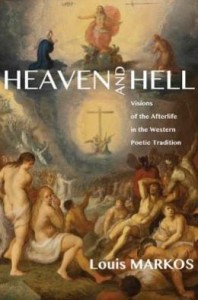 For thousands of years, philosophers, theologians, and poets have tried to pierce through the veil of death to gaze with wonder, fear, and awe on the final and eternal state of the soul. Indeed, the four great epic poets of the Western tradition (Homer, Virgil, Dante, and Milton) structured their epics in part around a descent into the underworld that is both spiritual and physical, both allegorical and geographical. This book not only considers closely these epic journeys to the “other side,” but explores the chain of influences that connects the poets to such writers as Plato, Cicero, St. John, St. Paul, Bunyan, Blake, and C. S. Lewis. Written in a narrative, “man of letters” style and complete with an annotated bibliography, a timeline, a who’s who, and an extensive glossary of Jewish, Christian, and mythological terms, this user-friendly book will help readers understand how heaven and hell have been depicted for the last 3,000 years.

This volume is a follow up to From Achilles to Christ: Why Christians Should Read the Pagan Classics (IVP, 2007). As Dr. Markos’s literary agent, I helped him find a publisher for this outstanding work.