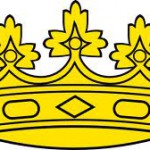 President Obama is never one to bow to the electorate. In the wake of the 2014 midterms debacle for Democrats, Mr. Obama is refusing to see that the voters told him clearly that they don’t like his policies–including his open-borders approach to illegal immigration. They don’t like his executive orders, and they don’t like him panderung and playing politics with important national issues. So why is he promising to grant amnesty unilaterally to 5 million illegals?

There are no elections left for the president. Like a king, he believes he can do what he wants now. Expect even more edicts from the throne in the next two years.