It has taken countless hours of prayer, study, conversation and emotional turmoil to bring me to the place where I am finally ready to call for the full acceptance of Christian gay couples into the Church. 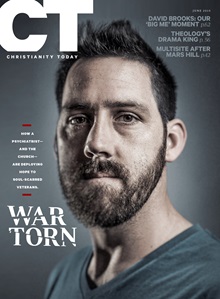 Unfortunately, in a Facebook post linking to this article, my friend (and in some ways mentor) David Neff, lead editor for Christianity Today from 1993 to 2012, stated, “”God bless Tony Campolo. He is acting in good faith and is, I think, on the right track.”

My response to David, on David’s feed, was, “David, I think we would agree that Tony [Campolo] has a great and inspiring heart for the lost. However, I think that anyone who has followed the trajectory of this brother’s career cannot be completely surprised by this change in position, which is tragically wrong (unscriptural) and ultimately will end up hurting the church he loves as well as the people he is trying to reach. Frankly, I’m disappointed by your response.”

Om my feed, David graciously responded, “Stan, I completely understand your comment. It is what I would have said a few years ago, myself. I have come to read the relevant passages differently, however, and have come along a similar path to that taken by David Gushee and Tony Campolo.”

When I asked whether this was now CT’s position, too, David replied, “No, Stan, I don’t think that is CT’w position. I retired from the magazine proper in late 2012 and from the company in mid-2013. I have not interacted with them on this topic, but I have seen no signals that they want to change.”

To which I responded, “My heart is heavy. The challenge from this whole cluster of issues on human sexuality is undermining Scripture and dividing the church. We are, in this issue, becoming like the world. I love your and Tony’s commitment to love others, particularly those who have too often been marginalized, but true love must have grace and truth. I fear you have given up far too much truth in your commendable desire to extend grace.”

David, who does not appear on the magazine’s masthead but nonetheless remains a columnist, did not reply.

In a signed editorial, Christianity Today, on August 2, 2013, commended “churches committed to the biblical teaching about heterosexual marriage and compassion for all.”

There is no editorial more recent that I can find that unreservedly endorses marriage, as taught by Christ, the New Testament, and the church for the last 2,000 years. Perhaps it is time for the flagship magazine of the North American evangelical movement to clarify–and to reaffirm–its commitment to biblical teaching on marriage.

A quote often attributed to Luther and quoted by Francis Schaeffer says it best: “If I profess with the loudest voice and clearest exposition every portion of the truth of God except precisely that little point which the world and the devil are at the moment attacking, I am not confessing Christ, however boldly I may be professing Christ. Where the battle rages, there the loyalty of the soldier is proved and to be steady on all the battle front besides, is mere flight and disgrace if he flinches at that point.”

One Response to Tony Campolo Announces Support for “Gay Marriage”