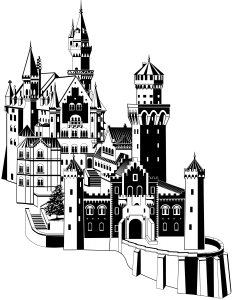 This was going to be the Republicans’ year–and, after two terms of Barack Obama, it had to be. They had a roomful of solid, accomplished candidates, including governors, senators, and a businesswoman. They also expected to face Hillary Clinton, a corrupt, unlikable politician whose main claim to the Oval Office seemed to be that it was her turn.

Unfortunately, they also had Donald Trump, who for reasons known only to him, decided to run as a Republican. Trump was probably the only candidate who could conceivably lose to Clinton, who was the weakest Democrat in a generation. But Trump, for all his personal and professional deficiencies, had star power and an innate knack for exploiting a plurality of Republican voters’ desperate angst.

So Trump is the party’s candidate, and his narcissistic campaign already appears to be imploding. He has no money, no organization, and is fighting with party leaders. Hillary, meanwhile, is teeing up a killer ad campaign for the summer. By the time The Donald figures all this out, it will be over.

Instead of a real chance to set the ship of state aright, it looks like the country is heading straight for the progressive vortex. The lesson?

The kingdom of man, despite its all high towers and bright banners, will always crumble, eventually. The only lasting hope is the kingdom of God.