A few thoughts on the Melania imbroglio: 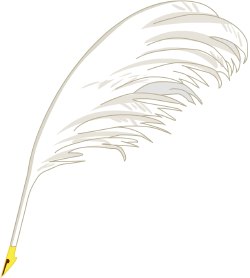 As a writer, I of course abhor the sin of plagiarism while fearing that one day I too might fall into it. With technology, it’s all too easy to lift someone else’s words or thoughts and present them as your own.

Given that this is Donald Trump we’re talking about, I’m not at all surprised by the plagiarism nor by the campaign’s steadfast but bungling denial of the initial crime. Anyone expecting even modest ethical standards from The Donald is bound to be disappointed … or is selling you something. Get used to a seeing steady stream of this stuff if he becomes president.

If you’re going to plagiarize, why in the world would you plagiarize Michelle Obama? Dumb beyond belief.

So much for the conceit that Trump will hire only “the best people.” He clearly hired one of the worst speech writers. Who else is on his short list?

I’m not shocked that Melania had, as her defenders insist today, “nothing to do with the speech” she delivered. Let’s assume this is true. I doubt Melania was a Rhodes Scholar.

But how is that a point in the former nude model’s favor? It’s one thing to use a speech writer. Most politicians do this, liberally. But they at least have some input into the remarks they deliver, or the speech writer knows the politician so well that such direct collaboration isn’t necessary.

In this case, however, it’s hard to escape the conclusion that Melania, like Ron Burgundy, will read whatever is put before her and has not the slightest interest in sharing her own thoughts or ideas. (Maybe she has none worth sharing?)

What then is the point of Melania giving a speech at all? Is she there simply as eye candy, as a postmodern version of the glamorous Jackie O?