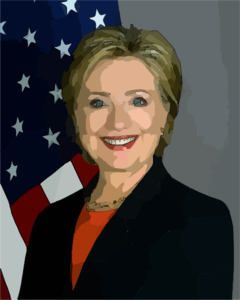 Earlier today I saw a snippet from a speech Hillary was giving in Ohio contrasting herself with Trump. At a juncture in her remarks where she should have smiled, she maintained her usual grim visage.

Now I know Hillary’s had a bad couple of weeks–battered by scandals everywhere, falling poll numbers, etc.–and I hear she isn’t feeling well, so a scowl may be the best she can do. But it’s no way to win the presidency.

I’m starting to wonder if her candidacy is already dead and party bosses, outwardly so confident, are secretly looking for the embalming fluid. A statement about her ill-health might be a face-saving strategy to remove her and replace her with Tim Kaine, who is eminently more electable than “the most qualified person ever to run for the presidency.”