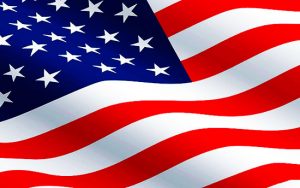 The Democratic Party’s brazen disregard for consistency–not to mention the good of the country–truly is mind-boggling. After warning during the campaign that the nation would be at risk if Donald Trump didn’t “accept the results” of a Clinton victory, leading figures are now refusing to do just that because Trump won.

John Lewis, a civil-rights hero who has become an old fool, claims without evidence that the results are “illegitimate” and says he will boycott the inauguration. I’m sure Rep. Lewis will be among the the first to demand that Republicans show up the next time a Democrat is elected. Such shameless and divisive behavior is unpatriotic.

The fact is, Donald Trump will be the president of all of us, and such partisan shenanigans do the country no good at all. Trump is breathtakingly ignorant on a whole host of issues, and making matters worse, he doesn’t know what he doesn’t know. So does it make any sense for the Democrats to further isolate, vilify, and enrage him?

Trump will need all the help he can get–from Republicans and Democrats. His mistakes will be our mistakes. One of the biggest reasons for Barack Obama’s many failures was his refusal to work with Republicans, to compromise in any meaningful way. The Democrats, by their childish mendacity, are apparently begging Trump to do the same. And more than likely he’ll be happy to oblige.

The Democrats’ nastiness may have another unintended consequence. It may drive people like me into the arms of Trump. Unbelievable.