Gators vs. Tide: A Preview 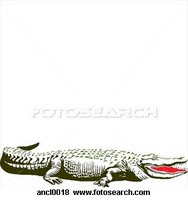 This site is primarily about religion and politics, with sports and other topics thrown in once in a while. Sports is, after all, the unofficial national religion. As a proud Florida Gator, I’ll give my armchair analysis of today’s SEC championship game. Remember, don’t try this at home; I’m a professional.

Last year the Florida Gators and their bruising star quaterback Tim Tebow won their second national championship in three years after defeating Oklahoma in the BCS game. Florida got there by rallying around Tebow after an unexpected home loss and beating an undefeated Alabama Crimson Tide team 31-20 in the Southeastern Conference title game. During much of the contest a physical and disciplined Alabama squad maintained the upper hand and Tebow, the Heisman Trophy winner the previous season, looked shaky against a great defense.

But then in the fourth quarter Tebow willed the Gators to victory, leading his team on two critical touchdown drives. Tebow, a fierce competitor and a vocal and sincere Christian, added to his legend as a leader who simply knows how to win.

This year, missing only the talented speedster Percy Harvin, the Gators have been odds-on favorites to repeat as national champs. But the road has been rougher than anticipated. The offense seems to lack big-play explosiveness without Harvin, and the defense, while solid, is hardly scary, and has yielded some big plays to inferior opponents.

While Florida has achieved an undefeated record to this point (no small feat in the rugged SEC), the team has not looked as imposing as predicted. Tebow, perhaps the greatest and certainly most celebrated college player ever, has been up and down (literally) behind a disappointing offensive line. Tebow sustained a scary concussion against Kentucky and has played at merely pedestrian levels in several other games. In a few, he has looked downright bad. In one game, two of Tebow’s passes were run back for touchdowns.

Still, the Gators have maintained their top spot in the rankings all season and face No. 2 Alabama again for the right to play in the national championship game, probably against an explosive Texas squad. I’m not sanguine about their chances against the undefeated Tide, which does a great job suffocating opponents with its physical style of play.

Last year Florida had to give its all to defeat Alabama. This year, Alabama is better than last year, and the Gators appear to be a little bit worse. Plus, in one of the dumbest moves by an athlete this side of Tiger Woods, Gator defensive end Carlos Dunlap (last year’s defensive MVP) was suspended this week for a DUI. His loss will make the Gator defense easier to exploit.

Still, Tebow is Tebow, and if anyone can make the difference for Florida, it will be him. Tebow has been a terrific witness for Christ in his many victories. Here’s hoping, and praying, that if the Gators come up short today, he will be an even better witness in defeat.

Update: After the 32-13 shellacking by Alabama, Tebow gave a tearful, classy interview and ended with his usual “God bless.” Don’t worry, Tim. He already has.