Off the Shelf: The Sword

New books that have caught my eye.

The Sword: A Novel 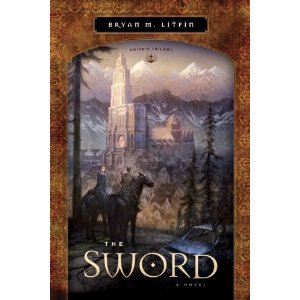 This novel of page-turning action and adventure poses the question, “If a society had no knowledge of Christianity, and then a Bible were discovered, what would happen?”

Four hundred years after a deadly virus and nuclear war destroyed the modern world, a new and noble civilization emerges. In this kingdom, called Chiveis, snowcapped mountains provide protection, and fields and livestock provide food. The people live medieval-style lives, with almost no knowledge of the “ancient” world. Safe in their natural stronghold, the Chiveisi have everything they need, even their own religion. Christianity has been forgotten—until a young army scout comes across a strange book.