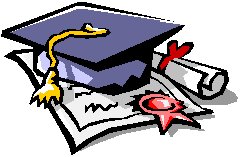 Look, I have no idea whether Rick Perry is the kind of guy who would get confused if you invited him into the Oval Office and told him to sit in the corner. I do know that he’s been a C-130 pilot, has made a fortune in real estate, and has been elected governor of Texas three times. And unless your name is Rick Perry, you haven’t done that, or at least all of that. So if all of that stuff is so easy that a caveman could do it, why haven’t you done it?

I remember when Ronald Reagan was running for president and how the media attempted to portray him as dumb–saying he believed trees cause pollution and other outlandish ideas. Then I heard Reagan actually speak for himself and realized he made perfect sense. As it turns out, the Gipper was smarter than most of his critics.

I wonder if the same thing will happen with Perry. Time will certainly tell. One thing is for sure. Judging by our president’s economic policy, Mr. Obama probably doesn’t need to rush in his application for the Mensa Society.