Off the Shelf: Four Views on the Spectrum of Evangelicalism

Four Views on the Spectrum of Evangelicalism 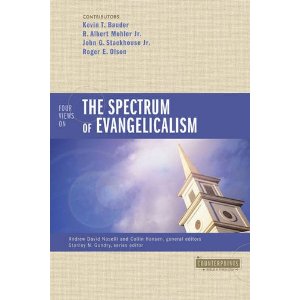 Each author explains his position, which is critiqued by the other three authors. The interactive and fair-minded nature of the Counterpoints format allows the reader to consider the strengths and weaknesses of each view and draw informed, personal conclusions.

My friend Collin Hansen is one of the editors of this worthy volume, which will not be released until late September–but you can preorder it now. The galleys I received look substantive and thoughtful. More later.