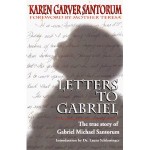 Liberal commentator Alan Colmes​ made a strong bid to end his undistinguished career Monday, during a Fox News​ segment in which he and Rich Lowry of National Review discussed Rick Santorum​’s surge in the Iowa polls.

In the course of offering his Really Deep Thoughts about why the Santorum surge wouldn’t last, Colmes mused that people would bail on the former senator from Pennsylvania once they “get a load of some of the crazy things he’s said and done, like taking his two-hour-old baby when it died right after childbirth home and played with it so that his other children would know that the child was real.”

To say that Alan Colmes ought to be deeply ashamed is the understatement of the new year. Didn’t his mother ever teach him some values and manners, or did he simply jettison them in the warped interest of finding partisan advantage? I don’t know if I would have done what the Santorums did (I never thought about such a situation and, thank God, haven’t lived through one), but I respect their decision.

Colmes, however, I suppose because he is pro-abortion, apparently believes the child was simply a piece of meat to be thrown in the dumpster. Why is it that supposedly tolerant liberals are so often the most intolerant people?