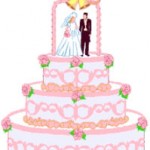 The 9th Circuit Court in California struck down as unconstitutional the state’s voter-passed ban on gay marriage Tuesday, ruling 2-1 that it violates the rights of gay Californians.

With this ruling, the bullying of Komen by Planned Parenthood, the decision by the administration to take away the religious freedom of Catholic institutions, and the Supreme Court’s ruling that New York may discriminate against churches, does it seem like the First Amendment is in real danger from Obama and Co.? Are we still a government of the people, by the people, and for the people?