ObamaCare vs. the First Amendment 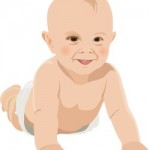 Catholic institutions filed a series of lawsuits yesterday seeking to vindicate their rights under the First Amendment and the Religious Freedom Restoration Act. At issue is the regulation mandating that all employer-provided insurance policies cover birth control, including sterilization procedures and abortifacient drugs, in violation of church teachings.

In a March interview for The Wall Street Journal, Cardinal Timothy Dolan, president of the U.S. Conference of Catholic Bishops, told this columnist that President Obama had reneged on assurances to “take the protection of the rights of conscience with the utmost seriousness,” in Dolan’s words. By refusing to grant a conscience exemption for religious employers, the administration set up a high-profile political clash over what its partisans term the Republican “war on women,” though it would be more accurately described as a Democratic act of aggression against faithful Catholics.