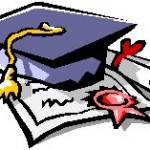 Scott Johnson, the head of Yahoo, is going to lose his job because he “inflated his credentials” on his resume. Apparently he lied about earning a computer science degree. Now if shareholders want to get rid of him for his duplicity or even for poor performance as CEO, that’s their business, of course. But to suddenly say that he can’t do his job because he didn’t get the degree is preposterous.

A college degree is no guarantee that anyone will succeed in the business world–nor is its absence proof that someone will fail, as the Yahoo! exec’s career proves. It is merely an entry-level requirement in most white-collar fields these days–a crushingly expensive one for many folks. But the man will lose his position because he dishonestly transgressed the academic requirement, not because the lack of a degree proves he can’t do the job.

I wonder how many degrees are like that today–expensive, but not strictly necessary?