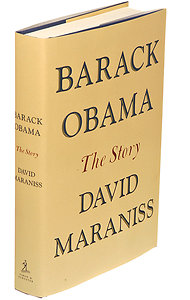 Courtesy of David Maraniss’s new book, we now know that yet another key prop of Barack Obama’s identity is false: His Kenyan grandfather was not brutally tortured or even non-brutally detained by his British colonial masters. The composite gram’pa joins an ever-swelling cast of characters from Barack’s “memoir” who, to put it discreetly, differ somewhat in reality from their bit parts in the grand Obama narrative. The best friend at school portrayed in Obama’s autobiography as “a symbol of young blackness” was, in fact, half Japanese, and not a close friend. The white girlfriend he took to an off-Broadway play that prompted an angry post-show exchange about race never saw the play, dated Obama in an entirely different time zone, and had no such world-historically significant conversation with him. His Indonesian step-grandfather supposedly killed by Dutch soldiers during his people’s valiant struggle against colonialism met his actual demise when he “fell off a chair at his home while trying to hang drapes.”

Face it, America. We elected a chronic liar and, worse, a stranger to the nation’s highest office. We fell for an ad campaign. Maraniss downplays all the historical inaccuracies in Mr. Obama’s book as mere literary devices, but I think it’s fair to say that our president has a disturbing pattern of playing fast and loose with the truth to advance his own agenda. We fell for a media invention. The question is, Are we going to let him do it again?