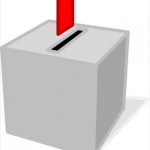 Local media outlets are reporting today that there are 250,000 fewer registered voters in Chicago, which is about as pro-Obama as you can get (http://www.digitaljournal.com/article/333563). It appears that young people are decidedly less enthusiastic about the president than they were four years ago.

So, obviously, if even Chicago isn’t turning out the same number of Obama voters as during the 2008 election, then it is highly unlikely that any of these polls that say the president is ahead–but which fail to account for this drop in enthusiasm among Democrats–are worth a hill of beans.