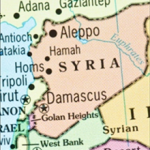 Paul Ryan, at least, is a serious man with serious solutions for the nation’s problems. The far younger man, Ryan played the adult last night. I only wish he had answered a little more wisely and less partisanly about Syria, which is seemingly an intractable problem for both parties. I wish he had said: “There’s only so much we can do in Syria, short of sending in the troops–which Mitt Romney will not do. The best American response to Syria is threefold: Provide relief to suffering people in the humanitarian disaster, keep Iran out of Syria, and strongly support Israel, which the administration is not doing. And we stand ready to work with Democrats, including Senator Joe Biden.”