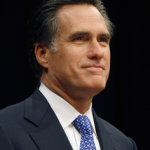 President Obama has a tough job tonight, though, given all the unfounded Democratic carping about Jim Lehrer’s moderating in the first debate, he can expect lots of help from the already biased Candy Crowley. Mr. Obama has to tout his dismal record on the economy and foreign affairs, parry the expected rejoinders from Mitt Romney, who is a much more accomplished public official, and lay out a credible vision for the next four years, which he has yet to do. He must also try to undermine Romney’s sterling record and character without appearing to be Biden II. As I said, this isn’t going to be easy.

Romney, for his part, needs to continue his pointed critiques of the Obama record both here and abroad, connect with voters in personal terms, and speak of his vision for America. He shouldn’t be defensive or apologetic. He should be prepared to correct Mr. Obama’s expected misstatements with a cheerful “There he goes again!”

The Massachusetts governor, who has forgotten more about jobs and the economy than Barack Obama ever knew, has already established himself as a credible alternative to the failed Obama presidency. He merely needs to close the sale tonight.