Increasing “Nones” and Shrinking Faith – Is It As Bad As It Sounds? 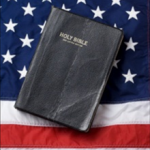 If you’ve seen the headlines, you may be concerned. A new survey conducted by the Pew Research Center’s Forum on Religion and Public Life1 found the number of Americans who identify with no particular religion is increasing:

– 20% of U.S. adults (32% under 30) now describe themselves as religiously unaffiliated, marking the highest percentage of such adults – often called “nones”2 – of any Pew poll to date.

– This is an increase since Pew’s 2007 Landscape Survey3 which found that only 16% of American adults described themselves as unaffiliated with any particular religion.

But are the headlines accurate in describing this shift as “steep” and “dramatic”? And are “nones” really turning from faith?