Why You Should Vote for Mitt Romney 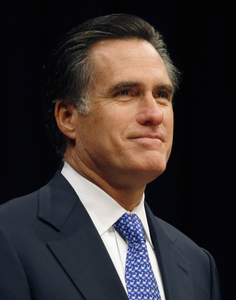 If you haven’t yet made up your mind about the election tomorrow, perhaps you shouldn’t be voting at all. But if you are going to the polls, here is my final, condensed version of why you should vote against Barack Obama and for Mitt Romney. I’ll keep it basic, jargon-free, and without too many statistics, because we have been inundated this past year. At this point, we don’t need more “facts.” We have more than enough of those. We need more wisdom.

1. Promising to bring the country together and heal our racial divides, Mr. Obama has been instead the most divisive president in modern times—by his choice. He proved this by ramming ObamaCare down the nation’s collective throat on a straight party-line vote, when polls said the American people didn’t want it. He has ignored and insulted the Republicans in Congress and has done next to nothing to work with even members of his own party. He has pitted one group against another, appealing to our fear, greed, and envy to suit his own political ends. Then he spent hundreds of millions of dollars vilifying Mitt Romney, who is by all accounts a very decent man.

2. When the country cried out for jobs, Mr. Obama answered with everything else: a health care takeover, “green” energy pipedreams, $800 billion in wasted “stimulus,” more regulations, less homegrown energy, and a shocking attack on religious freedom. We have endured nearly four years of 8 percent unemployment; if you add in the millions of more people who are working part time or who have dropped out of the job hunt altogether, the scope of our crisis becomes clearer. Plus, a disastrous 15 million more people have been added to the food stamp rolls on his watch.

3. Promising to cut the deficit in half, he has instead presided over four straight deficits of a trillion or more dollars, increasing our national debt to an unconscionable $16 trillion—ignoring the recommendations of his own deficit commission.

4. He threatens to push the nation over the “fiscal cliff” if Republicans do not heap even more taxes on “the rich,” even though doing so will hurt the already fragile “recovery” and will not come close to closing his irresponsible deficits.

5. Despite all his “spiking the football” over killing bin Laden—which of course was the right call—the president has been passive in the face of Iran’s growing nuclear threat, even as bloodshed in Afghanistan has increased and the gains we won at great cost in Iraq appear ready to unravel soon after we leave.

6. Giving Israel the cold shoulder, he embraced the so-called “Arab spring,” which has allowed Islamic fanatics to come to power in places such as Egypt, Tunisia, and Libya. And in Libya, his administration sat back while four brave Americans were murdered by those fanatics—and then lied repeatedly to the American people about it.

7. Mr. Obama has refused to answer serious questions about the deadly debacle known as Fast and Furious.

1. The former Massachusetts governor is serious about jobs, the economy, and spending restraint and has a real plan to get the nation back on its feet.

2. Unlike Mr. Obama, Mitt Romney has experience running a business, getting results as a governor, reaching out across party lines, and turning around failing enterprises.

3. Mitt Romney is both hard-working and humble, two traits the current occupant of the Oval Office lacks.

4. Mitt Romney will not blame others for the challenges of the job. He will embrace them.

6. Romney believes that America still has an indispensable role in world affairs and that the planet will be a much more dangerous place if we shirk it.

7. Romney, unlike Mr. Obama, has a serious running mate who is capable, energetic, and wise.

Barack Obama, the least experienced man ever to win the presidency, came into office with the good will of the American people in his sails. His utter failure to live up to that trust, not to mention to his own promises, means that, in the words of Clint Eastwood, we’ve “gotta let him go.”

Mitt Romney, by contrast, has an impressive track record of success over many decades. He seems to understand the gravity of the challenges facing America and appears willing to work with both parties to implement real solutions. I believe he has earned not just your trust, but your vote.