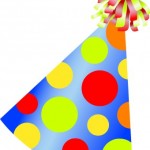 Now that the music has died down from all the celebrating at Mr. Obama’s inaugural, can we get back to business? While there’s a lot to tackle, may I suggest that the president give a modicum of attention to the Middle East and North Africa, which–sorry to have to be so frank–appear to be in flames? Not really a surprise, since Mr. Obama so generously poured gasoline on the Arab Spring–and I thought he was against fossil fuels!

We still need to get to the bottom of the Libya debacle and bring to justice the perpetrators, Syria is an open wound, Americans have just died in Algeria, Iran is still going nuclear, and Egypt is turning Islamist. Forgive me if I don’t join in all the media-generated adulation.

All I can say is, don’t go to the region if you want to get out alive. It doesn’t appear that this administration cares to lift a finger to protect Americans, much less to assert American interests. But it sure knows how to party.