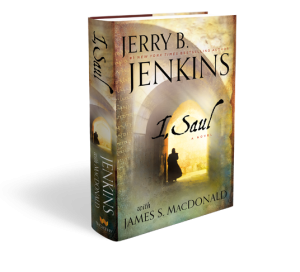 Actually, I finished reading this interesting work of religious fiction on Tuesday night. After a slow start, I, Saul picked up speed and became a compulsive page-turner, which I’ve come to expect from Jerry.

Reading this book, I gained a new appreciation for the gravity of the conversion of Saul of Tarsus, as well as the price the apostle later paid as a martyr. I must say, though, I was left scratching my head over the motivations of the ice-cold character, Edsel Augustine, as well as his deathbed thawing. The characters, unfortunately, were not as rich and nuanced as was the plot, although I could have used even more action in this action thriller.

And just who is this James S. MacDonald? Is he, as I suspect, the founding pastor of Harvest Bible Chapel? If so, why aren’t we told this?