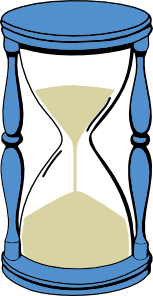 Harold Rood, a professor of international relations at Claremont McKenna College who died in 2011, was not as well known as he was influential. A soldier in Patton’s army in World War II, he taught his students that war is permanent to the human condition, and that in war it is better to win, for no one ever had to accommodate a loser. America will always have enemies, he told them, and those enemies will forever be planning and expending resources to place themselves in a position to defeat us. It would be nice if it was otherwise, he was fond of saying, but it is not otherwise. It is the way the world works.

During the Cold War, Dr. Rood would demonstrate in his classes–often by reading stacks of clippings from newspapers from around the world—that the leaders of the Soviet Union understood the world in these stark terms, and that they acted consistently on that basis. He would also lecture on technology, from German steel production before 1914, to the state of Japanese fighter aircraft before 1941, and even, curiously, to maps of America’s electrical transmission lines and power plants. It was important, he thought, to understand the strengths and vulnerabilities of a nation. His classes served as an antidote for students who had grown up in post-war America—a much needed antidote, because citizens of free nations in peacetime do not historically think in such terms. We today, and our elected leaders—in whose hands we place the responsibility for national defense—are in urgent need of such an antidote, because the U.S. is increasingly and dangerously vulnerable, and our elected leaders appear oblivious.