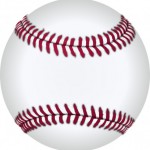 The efforts of perennial race hustlers such as Jesse Jackson to turn the Jackie Robinson West cheating incident into a racial issue are deplorable. It’s hard enough on the kids to lose the title they thought they had won fair and square on the field. Making them pawns so “the reverend” can accrue more power to himself is disgusting. Are we to tell them that the rules everyone else plays by don’t apply to African Americans? And what do we say to those kids who were cheated out of a chance to compete and win because of the Chicago-style shenanigans of the adults running the JRW program?