The Soul of the Marionette 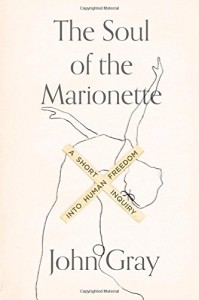 If the only alternative to Gnosticism is Stoicism—if the intellect of man is forced to choose the wild outward spirit or the stern inward soul—then we have made no philosophical advance since the days of the Roman Empire and the closing of the ancient mind. It is now as it was then: Valentinus stands at one door, smiling, while Seneca, stands at the other door, frowning, and the dim cave of human falsity offers no other exits. For the world, you have to understand, remains a vile and vicious place. The body is little more than some disease, while matter is merely the stuff that ensares the soul.

Or so at least it seems to John Gray—the dark specter who, since the 1980s, has haunted British philosophy with a determination that seems to alternate between grim and gleeful.