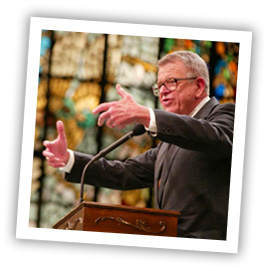 I met Chuck Colson during my eight-plus years working as an editor for Christianity Today (Chuck was a CT columnist who took great interest in the magazine). Chuck appreciated my take on issues and was gracious enough to stay in touch over the years. He even endorsed one of my books!

Just over six years ago, amid a season of economic turmoil, Christianity Today let me go. Almost out of the blue, Chuck offered me a column on his BreakPoint.org website. Soon, I was helping with some of his scripts. While the money was nice, I was most pleased having a small role in the success of such a great ministry.

After Chuck’s unexpected death in 2012, BreakPoint kept using my services, as I helped Eric Metaxas and John Stonestreet, who were attempting to fill Chuck’s considerable spit-shined shoes. Over these last few years, it has been a privilege to work with and learn from a great team at the Chuck Colson Center for Christian Worldview, including David Carlson, Gina Dalfonso, Gregory Shane Morris, Sherrie Irvin, and Roberto Rivera.

Well, in the mail today I received a very gratifying letter from David informing me that I am now recognized as Editor at Large for the Center. Thanks to all, especially David, who puts up with me the most. It’s a great honor to continue to be associated with a ministry that Chuck founded, an honor I don’t take lightly. Here’s to many more years of effective ministry together.

To God be the glory.