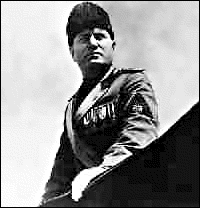 Donald Trump’s rise demonstrates a truth first shown in the election and re-election of Barack Obama: Celebrification is here to stay in American politics. Voters don’t care as much about issues and qualifications as they used to. They want a celebrity who looks good (though with Trump this is debatable), can handle the press, and can banter with the Jimmys (Fallon and Kimmel).

I’d like to think that this is a passing phenomenon, and that “the people” (both Republican and Democrat) have more sense in our democracy, but the political success of unaccomplished people like Mr. Obama suggests otherwise. Still, I think Donald “ratings machine” Trump’s days may be numbered as the front runner in the Republican primaries.

I heard some of “The Donald’s” speech in Dallas last night. As always, it was short on substance and long on Trump himself. I believe this will wear thin on people–eventually. TV shows and movies die when people get tired of them, when they run out of creativity and just present the same ole, same ole. I predict (or is it hope?) that we are nearly at that point with Trump.

However, there is another possibility. When I hear Trump trashing all who have come before, saying he will fix things, and that America will start “winning again” (not because it will fulfill its ideals but solely because of his greatness), I start wondering if we have the beginnings of a cult of personality. If it has happened elsewhere, why couldn’t it happen here? We have apparently discarded substance for celebrity. Maybe Trump is less like Reagan and more like Mussolini.