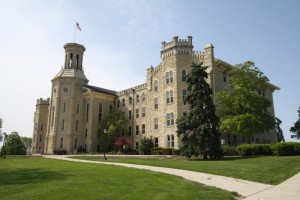 What should have been a serious theological discussion devolved yesterday into something of a farce. Larycia Hawkins, who has taught political science at Wheaton College, now could be fired by the evangelical school for asserting that Christians and Muslims worship the “same God”–and for refusing further dialogue with the administration that hired her. Hawkins, with Jesse Jackson at her back, now claims she will not bow to Wheaton’s “intimidation,” while Jackson praises her as an “everyday Rosa Parks.”

Really? I have worked at Wheaton and know some of its leaders. These kinds of charges are not only untrue; they’re ludicrous. This has nothing to do with race. Wheaton’s commitment to diversity in hiring and in recruiting students is unquestioned. I’ve seen it first hand. I’m sure when Hawkins was hired that the administration considered her a feather in the school’s cap. After all, she’s a dream come true for any institution seeking diversity: accomplished, black, and a woman. For Hawkins now to accuse the school of bigotry is especially rich.

I expect that Wheaton College, despite such grandstanding by Hawkins, Jackson, et al, will continue to treat this issue with the seriousness and dignity it requires.