Does anyone else get the idea that most of Bernie Sanders’ supporters are college students who don’t want to repay their loans? 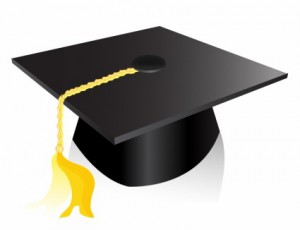 Of course, they’re in this fix thanks to Democrats (and some Republicans) who flooded the higher-ed market with easy loans; greedy, (mostly) liberal university administrators who took advantage by jacking up tuition far beyond the inflation rate (allowing them to pay themselves handsomely); entitled young people who demand expensive services and facilities as their right; a glut of regulations that drive up costs; and politically correct campuses that offer expensive degrees that provide no practical preparation for today’s job market.

Young people with few career prospects and huge debt loads seem fixated on the idea of income inequality and corporate greed. Ironically, lied to and let down by the Democrats, they are being driven into the waiting arms of a demagogic socialist, who seems to think that the solution is to confiscate even higher taxes from their parents. I wonder how that will work for them?

Perhaps they should focus their rage on who actually brought them to this pass–the liberals and progressives in government and education who have fed the maw of the university-industrial complex.