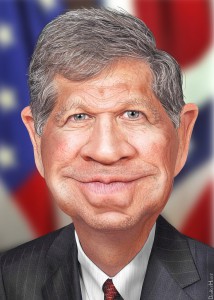 John Kasich, who styles himself as the only adult in the Republican campaign, has studiously avoided speaking up while Donald Trump pursues his hostile takeover of the party. Apparently he’s hoping to be Trump’s pick for vice president. How else can you explain Kasich’s stubborn decision to stay in the race? Yes, Kasich did a good job as governor (for the most part), but Ted Cruz is the only remaining candidate who could possibly beat Trump. Kasich cannot win; he can only prevent Cruz from winning.

It’s time for the Ohio governor to do the adult thing … and get out.

One Response to Adult