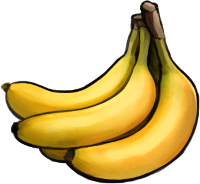 Hillary Clinton, in demonstrating that the law applies only to some and not to others, and in reducing the United States of America to the status of a banana republic, has done something really unthinkable:

She is tempting me to vote for the execrable Donald Trump. When the law is corrupted and no democratic recourse exists, the people have only one choice: acquiescence, or revolution. The disorganized, bullying idiocy of Trump may be preferable to the organized, conniving takeover of the country by the Left, which is daring the rest of us to pull a Comey and do nothing.

I know this: A vote for Hillary is a vote to ratify the sickening corruption on display in the FBI’s abject surrender to the Clinton-Obama hijacking of a once-great America.