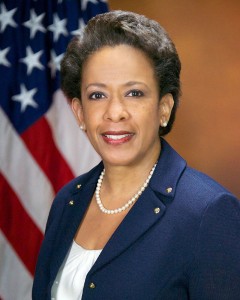 No one should be surprised that Bill Clinton privately met Attorney General Loretta Lynch on her plane while the Justice Department investigates his wife. I’m not. Lynch has shown herself more than willing, like her predecessor, Eric Holder, to put political considerations above the law, and Clinton is ever Clinton.

Whatever they discussed–and I believe it was about more than their grandchildren–their secret meeting at the very least casts a pall over the FBI’s investigation of Hillary Clinton’s e-mail scandal and has produced an unacceptable appearance of impropriety. Now, whatever happens with the FBI probe, Donald Trump benefits. It was bungled that badly.

Forget about recusal in this case; Lynch ought to resign … today. If she doesn’t, President Obama ought to fire her. (Of course, he won’t.)

I am surprised about two things, however: (1) that Lynch and Clinton’s clandestine meeting was actually discovered; and (2) that the attorney general has her own plane. Why?