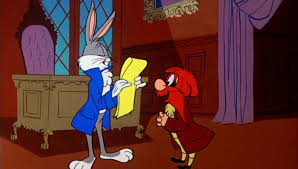 Donald Trump, who has boasted incessantly that he will hire only “the best people” as president and will start acting “presidential” when the time comes, is now on his third campaign manager (perhaps the third time really is the charm?) and is trying (for the umpteenth time) to “pivot” by sticking to carefully scripted speeches and avoiding the unhinged comments that have frightened so many people who are actively evaluating his fitness for the Oval Office.

Surely, Trump supporters say, with 82 days until the election, it is not too late to right the ship … and perhaps they are right. But I doubt it.

With every insult, rant, and conspiracy theory he voices, The Donald has spent the past year and change telling us exactly who he is–and it’s not a pretty picture. A couple of good speeches in a row now or a new campaign manager cannot erase the picture he has painted for us in such bold strokes. When it comes time to pull the lever, I believe Trump will have spent all his political capital. At some point, it is simply too late. As the saying goes, “You only get one chance to make a first impression.”

Trump’s chance to knock off the weakest and most corrupt Democrat in a generation has probably come and gone already. His position reminds me of the classic Loony Tunes cartoon in which the notoriously volatile Yosemite Sam has received a fortune but loses it piece by piece every time he loses his temper, with Bugs Bunny keeping the ledger.

After a series of explosions, in the final scene, Sam exclaims happily, “I got it licked, rabbit. I don’t get mad no more. Watch this.” The servants then kick him, and hit him with a pie and a rolling pin–and Sam finally keeps his cool, smiling broadly, saying, “See? Ha ha. I can take it. Ha ha ha!”

Then Bugs Bunny turns and says to the camera: “I ain’t got the heart tell him he’s used up all the money.”

Donald Trump has used up all the money.