By Chris Castaldo and Gregg Allison 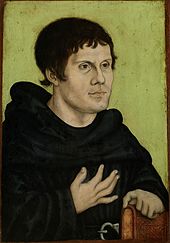 A central feature of the Jubilee Year is the dispensing of plenary indulgences. For many, the word “indulgence” conjures images of the 16th-century relics of Wittenberg, which boasted a sample of the Virgin Mary’s breast milk and a twig from the burning bush. We visualize woodcuts and frescoes depicting a family of languishing souls reaching out through purgatorial flames. We see indulgence preachers traversing the German countryside with wagons full of coins, coffers, and certificates endorsed by the pope. And we think of Martin Luther, who finally stood up and said, “Enough!”