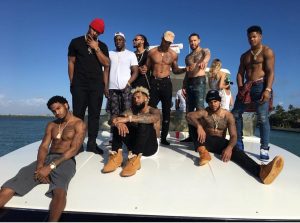 In today’s politically correct, postmodern NFL, no behavior by the players is ever right or wrong. It’s all whether you can “back it up.” Well, Giants prima dona receiver Odell Beckham Jr. used his off day before a playoff game in Green Bay to fly to Miami Beach and hang out with some of his receiving corps colleagues.

Some timorously criticized him for not thinking of the team, but Beckham just laughed. He’s a grown man and can do whatever the heck he wants, as long as he can “back it up,” right?

Before the game, Beckham and some of his colleagues tried to make light of his actions by warming up, shirtless, on the frozen tundra of Lambeau Field. Not a very good look, unless you’re into tattoos and narcissism.

During yesterday’s game, however, I think it’s safe to say that Beckham didn’t “back it up.” On the first drive he dropped a pass that would have led to a first down and certain points for his team. On the second, he dropped a touchdown.

Who knows whether the outcome would have been different if Beckham had done what he is paid so handsomely to do? Beckham was ineffective and almost invisible the rest of the game. So much for “backing it up.”

After the blowout loss, Beckham, ever the man, punched a hole in the sheetrock of a Lambeau Field hallway. One suspects it may have dawned on him that he didn’t “back it up.”

Let me suggest a new nickname for Beckham: not “shirtless,” but “witless.”