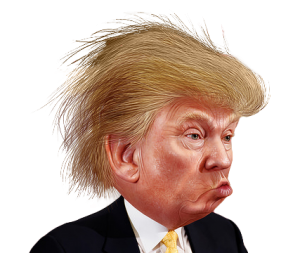 To keep from having a stroke by April over Donald Trump, who appears unlikely to do the sensible thing and give up his Twitter account, here’s my advice:

1. Remember that every ignorant, troubling tweet or comment–and they are coming at us like water from a fire hose right now–is not policy. Tune them out, as much as possible. (The man has a bad case of verbal diarrhea. He could learn a lot from Teddy Roosevelt’s maxim, “Speak softly, and carry a big stick.”) Watch what he does, not what he says.

2. I know this is hard, but assume he is not the Antichrist.

One Response to Advice