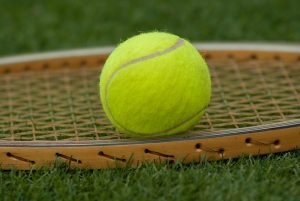 When asked on NPR for his thoughts about Serena Williams, tennis legend John McEnroe called the multiple Grand Slam champion and future hall of famer the “best female player ever — no question.”

Apparently that wasn’t good enough for the interviewer, Lulu Garcia-Navarro, who replied, “Some wouldn’t qualify it, some would say she’s the best player in the world. Why qualify it? … You know, why say female player?”

After getting clarification from Garcia-Navarro about whether Williams was “the best tennis player in the world,” McEnroe, apparently surprised by the question, replied the only way he knows how–directly.

Feminists around the world responded quickly to the outrage, and even Williams sent out a snarky tweet, saying she doesn’t have time to play the men, and McEnroe should respect her “privacy.” Oh, brother. (Or is that a sexist comment now?)

The question was not about Williams’ tenacity, sportsmanship, strategy, or character. It was about whether she could be considered “the best player in the world,” including the men, and McEnroe gave his honest answer–not a chance. Garcia-Navarro brought it up, not McEnroe.

This is controversial now? As Daniel Patrick Moynihan once said, “Everyone is entitled to his own opinion, but not to his own facts.” Since I don’t follow tennis these days, I don’t know what the proper number is–whether 700 or 500 or 100. Unless Williams decides to put her money where her mouth is, we’ll probably never know.

Right now, the correct number is a matter of opinion. She’s a great tennis player, perhaps the best female athlete of all time, and she could beat tons of amateur men players. But the best men on the pro circuit would wipe the court with her. Biological fact really does trump politically correct opinion.

If Williams wants to prove McEnroe wrong, there’s only one way to do it–play on the men’s tour. I’m sure they’d give her a shot.

I’m not holding my breath.