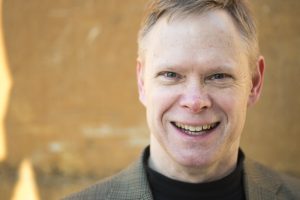 I am a white man who was born with a disability, raised in a good home, helped along the way by family members, friends, and associates too numerous to mention (let alone remember), blessed with a certain amount of native intelligence–but, alas, no mechanical ability–and some natural grit.

I have been met with others’ discomfort, love, bias, friendship, condescension, hope, discrimination, and inspiration. No one gave me anything because I was white, and (although they might have temporarily discouraged me) I did not let those who wrote me off ultimately deter me.

I hope this does not offend you, but I do not consider myself “prvileged.” What an awful, ungrammatical, made-up word, meant to tug at the emotions, obscure real thought, and tell those who are not so “privileged” that someone else still has some sort of power over them, that they really can’t change their situations.

Yes, I have received certain blessings that, by God’s grace and the help of others, I was able to take advantage of (and that I wish for all). And yet, at any point along the way, I could have given up, saying the deck was stacked against me. But I persevered. Some days, I’m not sure why or how–but I did.

This is not to say that minorities don’t face significant and sometimes severe obstacles. They often do. And no doubt the legacy of racism is a factor, or can be. But it is one thing to note the existence of discrimination, family breakup, dysfunctional communities, poor schools, or dangerous neighborhoods–and another simply to say “white privilege” is the problem.

In the America of 2017, we could use a little more perseverance and a little less complaining about “privilege.” Here’s my advice: Don’t give up. Ask for help. If you look, you will find people willing to provide it–even those of different ethnicities. I did.

Yes, racism is still “a thing” in America, but it is much, much less prevalent than it used to be. Nor is it an impregnable barrier to success today. Almost anything is possible. Just ask Ben Carson, LeBron James, Barack Obama, and Oprah Winfrey. They persevered in the face of many obstacles and accomplished amazing things.

And with encouragement, help, and a little grit, so can you.