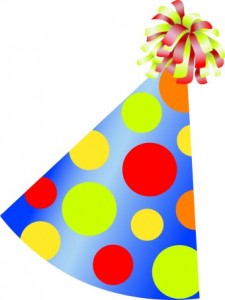 Media spin about unemployment is amazing, isn’t it? There are now 2 million fewer jobs in the economy than when Barack Obama became president just over three years ago, or an average annual loss of about 667,000 positions. So many people have gotten discouraged and stopped looking for work, in fact, that the official jobless rate is artificially low because these citizens are no longer even counted by statisticians. The oldline media never mention these relevant facts, of course.

But today we are hearing that the fact that unemployment has remained stuck at 8.3 percent is actually good news. Why? Because, we are assured, this means that more people who had dropped out are now looking for work … because the job market is so good! So either these people are ignored to make the employment numbers better than they really are, or they are invoked as excuses for why the numbers are not better. Never are they used to simply criticize this president.

A little context: After peaking in 2003 at 6 percent, the unemployment rate in George Bush’s fourth year in office (2004) was 5.5 percent. Bush took office amid a recession. Barack Obama, as we all know, also took office during a recession. The jobless rate in 2008 was 5.8 percent. In 2009, however, when Mr. Obama became president, the jobless rate hit 9.3 percent, though the president assured us it would not hit 8 percent if only he got his “stimulus” plan passed. He did, and the unemployment rate promptly hit 9.6 percent in 2010. Since then, with the economy shedding 2 million jobs, the “jobless” rate has eased slightly, to today’s miserable 8.3 percent–a full 38 percent higher than the highest rate under Bush.

And today’s 8.3 percent rate understates the economic devastation under Mr. Obama in another way. According to Gallup, the real jobless rate–when not “seasonally adjusted”–actually increased, from 8.6 percent in January to 9.1 percent in February. When was the last time you heard this on the network news? Further, Gallup says, the “U.S. underemployment measure, which combines the percentage of workers who are unemployed and the percentage working part time but wanting full-time work, increased to 19.1% in February from 18.7% in January.”

So it’s hardly time to throw a party for the booming economy. This is the weakest “recovery,” if that’s what it is, in modern times.