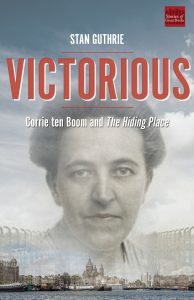 God’s Story in 66 Verses: Understand the Entire Bible by Focusing on Just One Verse in Each Book (Nashville: Nelson Books, January 2015). 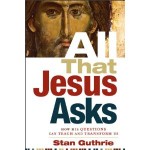 All That Jesus Asks: How His Questions Can Teach and Transform Us (Grand Rapids, Mich.: Baker Books, November 2010).

Missions in the Third Millennium: 21 Key Trends for the 21st Century
(Carlisle, England: Paternoster Publishing, 2000, 2005). Has sold 10,000 copies in two editions. Translated into Portuguese. Standard missions text in colleges across the country. 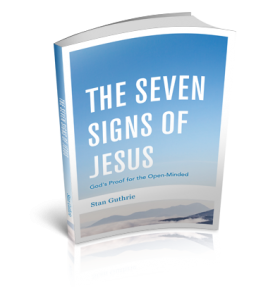 The Seven Signs of Jesus: God’s Proof for the Open-Minded (CreateSpace, March 2017). 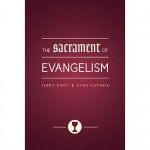 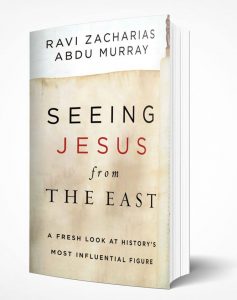 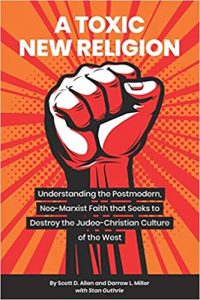 Seeing Jesus from the East: A Fresh Look at History’s Most Influential Figure, by Ravi Zacharias and Abdu Murray (Zondervan).

A Toxic New Religion: Understanding the Postmodern, Neo-Marxist Faith that Seeks to Destroy the Judeo-Christian Culture of the West, by Scott Allen and Darrow Miller (Disciple Nations Alliance). 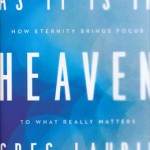 As It Is in Heaven: How Eternity Brings Focus to What Really Matters, by Greg Laurie (NavPress, 2014).

The Myth of the Perfect Parent, by Leslie Leyland Fields and Stan Guthrie (Christianity Today International, 2012).

The Problem with the Prosperity Gospel, by J. Kwabena Asamoah-Gyadu and Stan Guthrie (Christianity Today International, 2012). 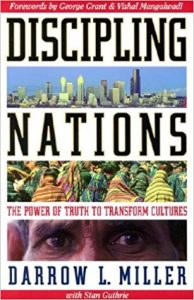 Discipling Nations: The Power of Truth to Transform Cultures, with author Darrow Miller (Seattle, Wash.: Youth With A Mission Publishing, 1998). Translated into a dozen languages. 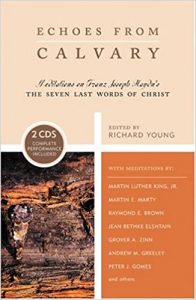 Peoples on the Move: Introducing the Nomads of the World (Carlisle, England: Piquant, 2001).

Why Am I on This Earth? (Winnipeg, Manitoba: Fleet Publications, 2000).

Journalism
Christianity Today:
“Foolish Things” column (2006-2008): “All Monotheisms Are Not Alike,” “Missionary Myths,” “Ancient Parable, Urgent Time,” “We’re Not Finished,” “Why Evangelize the Jews?,” “A Hole in Our Holism,” “Answering the Atheists,” “When Red Is Blue,” “Stumbling After Jesus,” “Don’t Cede the High Ground,” “Living with the Darwin Fish,” “The Scandal of Forgiveness,” “Worth Protecting,” “Sit Down, Sit Down for Jesus?”

Online commentaries, editorials, and reviews (selected): “The Dangers of the Blame Game,” “I believe …,””Bob Dylan: Is He or Isn’t He?” “Islam: Inherently Violent or Peaceful?”“China’s Human Rights, in the Red,” “Election Day Pride,” “Christian Evangelism and Judaism,” “Bill Cosby Was (Mostly) Right,” “Life with Dignity,” “Unholy Wars,” “More Culture of Life, Please,” “Aliens in Our Midst,” “When the Giver of Eternal Life Thirsts,” “Frist’s Folly,” “Beyond the Gates of Splendor,” “A Passion for Souls,” “The New (Evangelical) Mainline,” “Whose Submission?,” “Thinking about Heaven on Earth Day,” “True or Merely Useful? A review of Stephen Prothero’s God Is Not One,” “How to Talk about Hell,” “Author Harold Fickett on Ralph D. Winter: ‘He took ideas seriously … he didn’t take himself seriously,'” “Ralph D. Winter: A Man of Many Paradoxes in the Service of One Goal,” “Taste and See,” “Review: What Your Body Knows about God,” Reimagining Missions,” “My Encounter with Christopher Hitchens.”

BreakPoint scripts with John Stonestreet and Eric Metaxas
“Worldview and Weight,” “Scientists, Atheism, and God,” “Christian Wisdom in Silicon Valley,” “China’s Pastors Take Their Stand,” “Christian Hoarding?” “Beware of Apatheism!,” “InterVarsity Goes to Court . . . Again,” “Unleashing the Kingdom,” “Go Deeper, Grab a Book,” “Wilberforce and the ‘Necessary Evil,'” Tim Tebow’s Field of Dreams,” “CSB Worldview Study Bible,” “Transgender Fury,” “‘Peter Pan Syndrome’ Revisited,” Save the Persecuted Christians,” “Generation Z, Justice, and the Gospel,” “The Pandemic of Loneliness,” “Who Needs God When You’ve Got Government?” “What We Lose When We Lose the Boy Scouts,” “Good News about Prayer,” “Peace for Korea?” “Jesus Comes to Opelika,” “A Summit Story,” “Making Sense of Media,” “When Is It Right to Die?” “The Church’s infatuation with Youth,” “When Harry Became Sally,” “A New Gerber Baby,” “Liar, Lunatic, Legend, or Lord?” “Rachael Denhollander and the Gospel of Costly Grace,” “Take a Stand for Marriage,” “The Book of Acts Gets a CT Scan,” “Scientists and Christianity,” “The Very Human Tragedy of Persecution,” “Stories that Encourage, Inspire, & Restore,” “Resolve to Pray for Life in 2018,” “What—and Why—to Read This Year,” “What’s in a (Transgender) Pronoun?” “Rethinking ‘Relations,'” “Depression and God’s Grace,” “Fight Inequality, Promote Matrimony,” “A Museum Fit for the Bible,” “Why Johnny Can’t Read … the Bible,” “Student Leadership University Treating Peter Pan Syndrome,” “Anger Mismanagement,” “Where is Your Bible?,” “Reviving the Churches of Rural America,” “Bring Your Bible (Back) to School,” “Mully the Magnificent,” “They Give Us Hope,” “The Invisible Christians of North Korea,” “A Biblical Case against Racism,” “The Light of William Wilberforce,” “Joni Eareckson Tada,” “Good News about Sharing the Good News,” “The African Famine,” “’Hopecasting’ in the Midst of Crisis,” Waving the Rainbow Flag on the Field of Play, A Faith Grounded in History, Depressed Teens, Saved by an Atheist, Disappearing Christians, “Fake” News, “Real” News, and Good News, Preach Scripture, Fill the Pews, Opening Closed Minds The Chick-fil-A Way, A Muslim Baby Boom, The Assisted Suicide Freight Train Hits the Brakes, Deadly Utilitarianism, Hope for the Homeless, Second Thoughts on Assisted Suicide, Blessed Are the Neighborly, Readers Are Leaders, Religious Freedom and SOGI Laws, Nigeria’s Forgotten Christians, When a Clump Is not a Clump.

Christian Headlines
“Fighting Porn: The Newest Battlefront on the Oldest Profession,” “No Truces on Abortion,” “Discomfort with Dad Signifies a Deeper Problem,” “For the Greater Good?” “Islamophobia: We Have More to Fear than Fear Itself,” “Spaceship China: The Unintended Impact of One-Child Policy,” “At Second Blush: Why Marriage Is Far from Obsolete,” “Unyielding Belief: Science is Good, to a Point,” “The Once and Future Bible: Why We Still Need the KJV,” “Praying Grace Finds Even Me: Contemplating bin Laden’s Death,” “The Death of Dr. Death: Reminders of How We Should Live,” “The Barbarians Inside the Gates,” “Casey Anthony and the Cry for Justice,” “Persecution Complex: Why Opinion Polls Are Overrated,” “Faith That Works in American Politics,” “Inconvenient Truths about Homosexuality,” “‘Bad Things’: Anti-Semitism Spreads in the Occupy Movement,” “The Controversial Tim Tebow,” “Rewriting the Abortion Narrative,” “Obama: God Loves You and Has a Wonderful Tax Plan for Your Life,” “America’s Got ‘Talent,’ But What’s Missing?” “Rick Santorum’s Devil of a Speech,” “First Amendment No Longer Obama’s First Priority,” “Titanic Concerns: What Our Fascination with a Sinking Ship Tells Us,” “The College Bubble: Why Tuition Costs Are Exploding–and What We Should Do About It,” “Syria: What May Be Ahead for Christians,” “A Day of Reckoning for the American Empire — and for Its Christians,” “Bullying, Backpacks and the Bible,” “Irresistible Forces, Immovable Objects and Religious Liberty,” “Muslim Rage, Christian Persecution and God’s Power,” “I’m Not as Special as I Used to Think,” “A Radically Christian Way to Celebrate Christmas,” “Religious War: North Africa’s Christians Multiply Amid Persecution,” “Roe at 40: ‘Pro-Choice’ Movement Starting to Show Its Age,” “After Chavez: Evangelicals in Venezuela Face a Fork in the Road,” “Prophecy 101: How to Interpret the Bible’s Predictions,” “The Childfree Life: A Christian and Personal Response,” “From Bad to Worse: Syria’s Christian Dilemma,” “Christian, It’s Time to Get Your Hopes Up,” “A Time of Sacred Waiting,” “Why Phil Robertson Was Mostly Right,” “The Pivotal Role of Marriage in Income Ineqaulity,” “Without Apology: Ukraine Seeks a Brighter Future of Freedom,” “Why I’m Not Catholic,” “My Imaginary Commencement Speech: Five Graduation Myths to Avoid,” “Targeted: The Disappearing Christians of Iraq,” “What Would the Discovery of Extraterrestrial Life Do to Our Faith?”

Other articles
“Capital Campaign Enters Homestretch with ‘Full’ Momentum,” “A Journey from the CVC to San Francisco,” “Center for Vocation and Career Coaches Help Guide Students along the Career Path,” “From Reading to Living,” “Christ at the Core Prompts Grateful Hearts,” “The New Armerding Center for Music and the Arts,” “Just Right: Armerding Center is Music to Their Ears,” “Extending Liberal Arts Excellence Into the Work World,” “A Family Gives Across Three Generations,” “Loyal Wheaties: Little Things Mean a Lot,” “Remarkable: A Look Back at the First-Year Seminar,” “Remarkable: Erica Breitbarth ’09: A Grammy Finalist,” “When Trouble Comes for You,” “From the Heart, For the Kingdom” feature package, Wheaton magazine (Winter 2017), “Martyrs in the Time of the Charity Selfie,” “Stemming the Embryonic Tide,” “America becoming fertile mission field for Buddhism,” “Doors into Islam,” “Counteroffensive on RU-486,” “Double Jeopardy,” Willard’s Knowing Christ Today , “The Changing Face of Apologetics,” “Q&A: Tony Dungy,” “Islam’s Uncertain Future,” “Waging Peace on Islam,” “What Married Women Want,” “Q&A: James Dobson,”
“Wycliffe in Overdrive,” “Q&A: Newt Gingrich,” Q&A with Dinesh D’Souza (Part 1),” “Q&A with Dinesh D’Souza (Part 2),” “Q&A: Hugh Hewitt,” Q&A: Gary Bauer on the Miers Nomination,” “Author Insight: Os Guinness on Evil (Part 1),” “Author Insight: Os Guinness on Evil (Part 2),” “Q&A: David Limbaugh on Faith and Politics (Part 1),” “Q&A: David Limbaugh on Faith and Politics (Part 2),” “Dick Staub on the Star Wars Myth,” “The Evangelical Scandal,” “Is Islam a Religion of Peace?,” “Is Christianity a Religion of Peace?,” “Gatecrashing for Jesus,” “The Other Side of Church Growth,” “Q & A: Rich Cizik,” “Crunchy Time,” “A False Cry of Peace,” “A Revival of Prayer,” “Amazing Newton,” “Beyond the Gates of Splendor,” “The Faith of Our Founders,” “Grace as a License for Sin,” “When the Mountains Don’t Move,” “Fact and Faith,” “Relentless Pursuit,” “Defining Business Success,” “Colson Blasts ‘Deep Throat,'” “Entertaining Truth,” “Singable Doctrine,” “Sen. Rick Santorum: I Draw No Line Between My Faith and My Decisions,” “What’s Next: Missions,” “Hope Amid the Ruins,” “North Korea Human Rights Act a ‘Miracle,'” “Evangelicals in a Secular Society,” “RU-486: After two die, Danco Labs warns doctors about dangers,” “The World’s Prayer Guide,” “Unbelief Rejects Him,” “The Blessing of Gratitude,” “Islamic Extremism in Pakistan,” “Fact and Faith,” “Interview: Douglas Groothuis on Good Apologetics,” “Why Thanksgiving Matters,” “The Light of Christmas,” “4 Things to Keep in Mind When Reading the Bible,” “Review: Kingdom Come!” “Evangelicals in a Secular Society,” “‘No Safe Spaces’ Highlight’s Today’s Threats to Free  Speech,” “The Incomparable Impact of Jesus,” “Relationship and Meaning.”

Bible Studies
For personal use only. To study with your group, please go to ChristianBibleStudies.com.

The Trajectory of Worship

The Son and the Crescent

No Child Left to Die

Something Greater Than Healing

God and the Money Goddess

What Beth Moore Can Teach Us about Bible Study

A Resurrection That Matters

The Jesus We Will Never Know

Restoring Our Vision of God

The Uniqueness of Jesus

The Myth of the Perfect Parent

The Problem with the Prosperity Gospel

The Mind Under Grace