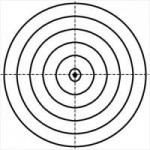 Team Obama rightly blamed Iran after its proxy Hezbollah apparently blew up a bus in a terrorist operation that killed five Israelis. Then it went off the rails.

“This was tit for tat,” a State Department official told The New York Times, implying that the bombing was retaliation for Israeli assassinations of Iranian nuclear scientists.

It’s worth unpacking this idea.