By Ted Olsen and Melissa Steffan 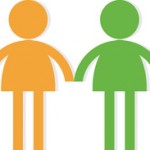 HHS drops controversial definition of religious employer, but rules for nonprofits and for-profit companies are mostly as previously announced.

Friends, let’s keep the pressure on. This isn’t over by a long shot. Team Obama’s good will on this issue is not to be assumed.