Gosnell Is Not an Aberration 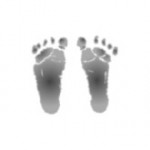 A jury in Pennsylvania has convicted abortionist Kermit Gosnell of three counts of murder, one count of involuntary manslaughter, and several counts of performing illegal late-term abortions at his facility in West Philadelphia. Gosnell is eligible for the death sentence, an end that would be as close to justice as earthly powers can mete out in this episode. The English language does not contain a word sufficient for describing the crimes of Kermit Gosnell; “murder” will do, but only for legal purposes.

Gosnell’s human abattoir is the logical endpoint of our morally fraudulent national approach to abortion, the proponents of which maintain that they wish the procedure to remain “safe, legal, and rare,” in Bill Clinton’s cynically triangulating formulation, while at the same time resisting any and all restrictions upon the procedure. Gosnell’s murders are not an aberrant abuse of the abortion license but an inevitable result of it.

Gosnell had thousands of enablers: every judge and justice who has declared every abortion sacrosanct, every politician who has blocked meaningful regulation and oversight of the practice, and every intellectual who has furthered the notion that what resides in a woman’s womb is nothing more than a meaningless clump of cells. Barack Obama, who as a state senator in Illinois worked against establishing protections for infants marked for abortion but outside the womb, must assume his share of guilt in this matter. So must those who voted for him because of his abortion absolutism rather than in spite of it.

Those pro-choicers who say Gosnell’s house of horrors is what awaits us if we restrict abortion have it exactly wrong. Gosnell had the freedom (and encouragement) to do what he did by pro-abortion politicians who refused to regulate his clinic and pro-abortion activists who looked the other way.

And there is no logical reason to allow the killing of the unborn at one moment while restricting it if the child finds himself outside the mother’s womb the next. That’s why Gosnell had no doubts about infanticide. He was just following the logic of the “pro-choice” position.

Gosnell didn’t have too little freedom, but too much. His “freedom to choose ” ended the lives of thousands.