Why They Cut Tim Tebow 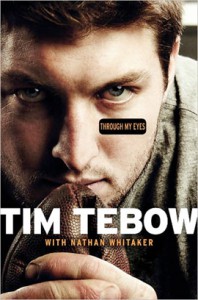 All weekend I’ve been trying to figure out why the Eagles cut Tim Tebow and brought in a nobody (in football terms) such as Stephen Morris to replace him as the third-stringer (and also why no other team has picked Tim up). I would take Tebow today over a healthy percentage of signal-callers who are in the league, including some of the starters.

The fact is, Tim looked great in the fourth preseason game, has drastically improved his throwing, is a proven leader and winner, and is a dual threat at the position. I don’t think it is because he is a vocal and consistent Christian (though anti-Christian bias is certainly an element in why so many trolls hate just the sight of him).

First: I think, yes, Tim is still somewhat inconsistent as a passer, and most coaches prize predictability at the position. Tim’s passes still sometimes sail too high or too low. But the truth is, he is the ultimate gamer who finds a way to win, no matter what it takes. Eagles coach Chip Kelly, who brought Tebow in, is a system coach who has proven he will get rid of talented players who don’t fit his system. Clearly, Chip didn’t trust Tebow enough in that system, which involves timing and pinpoint accuracy.

Second, and more important, how do you keep a born leader on the bench? Would you put Achilles on latrine duty, or at the head of the army? Tebow may or may not be a third-stringer when it comes to talent–and I seriously doubt this–but he is a hall-of-famer when it comes to leadership. How do you make Sam Bradford (or, ahem, Mark Sanchez) the team leader when Tebow is there, on the bench or not? Wherever he goes, teammates respect and love him, and fans demand him.

Chip Kelly, the supposedly daring football mastermind, decided, at the end of the day, to play it safe, and the other coaches did, too.The NFL has a serious herd mentality. All I can say is, if I needed to win a game, I know who my quarterback would be … and it wouldn’t be Stephen Morris.

God’s blessings on you, Tim. The NFL’s much too small for you.